A Bull in a China Shop 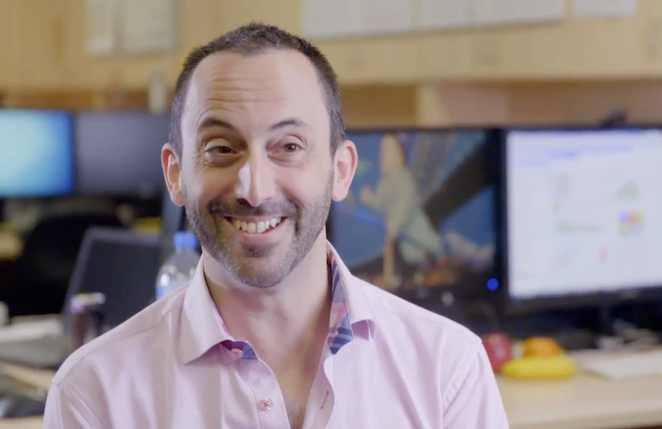 I have huge respect for anybody who runs their own business and successfully competes with the big end of town, especially if they do it in a way which reduces negative impacts on the environment.

Harris Farm is doing some innovative things in a hotly contested market, and I had the opportunity to learn more about their business on a recent production for software vendor Qlik.

I was quite shocked to learn that 25% of all crop production is ploughed back into the ground and wasted, just because it doesn’t look the part.  That is insane!

With Aldi and Costco driving costs down and making life tough for Coles and Woolworths, Harris Farm is carving out their own unique niche and growing their market share by arming their team of charged up buyers with some handy new analytics technology and rethinking how produce is offered to consumers.

One of their secret weapons is a dairy buyer described as a “Bull in a China Shop”, Scott Carrodus.  The guy will move heaven and earth to make sure his range is as prolific, fresh and as profitable as possible.  He’s also actively engaged with IT to keep Harris Farm ahead of the pack, without making it all too expensive.

In talking with him and CIO Simon Maizels, I learned that freshness has underpinned their entire competitive strategy, but more than that, they are continuously innovating to provide new value while saving food wastage.

Their “Imperfect Picks” and “Curious Cuts” campaigns have opened my eyes to new forms of value I just wouldn’t have considered in the past, since I am not much of a cook and have always just bought groceries as quickly as possible without too much thought.  The other days I tried a basket of imperfect picks and the Zucchinis were delicious and fresh, and about 50% of the cost!

In this 4.5 minute video we provide a quick snapshot of Harris Farm’s business and then zero in on how QlikView business analytics software is giving them a competitive edge.  Qlik is a market leader in data visualization and sits on top of Microsoft’s Dynamics NAV ERP solution in this particular case.

From a production point of view it’s a good example of how a character driven narrative can lift viewer interest and engagement over and above just a purely product centric message.

Time for some Winterfood?  Worth a look for sure.

A Bull in a China Shop