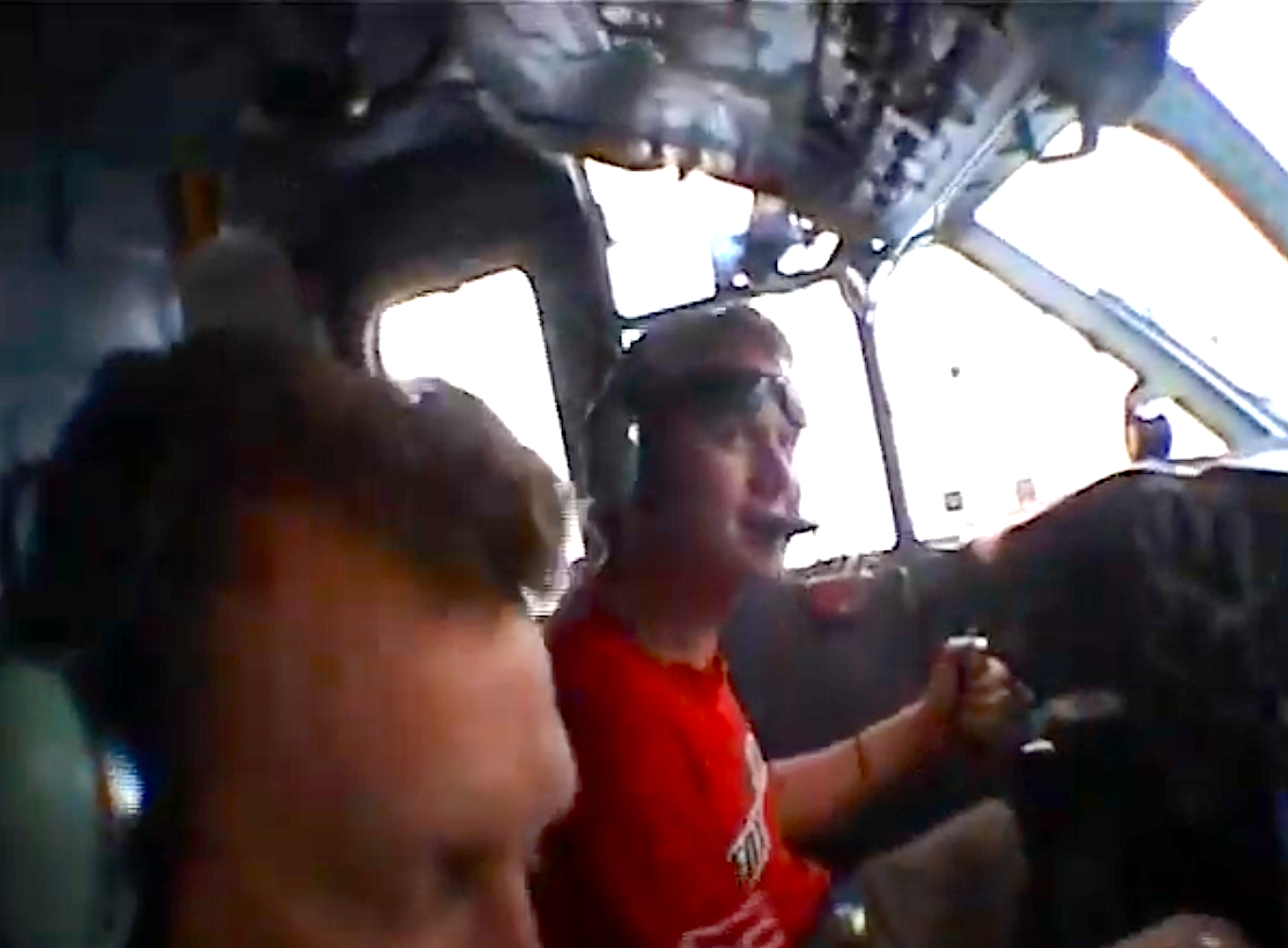 We were almost half way to our exit altitude of 14,000 feet when pilot Andrew Biggs made the urgent decision to land. But first he had to give the 17 skydivers on board a chance to make their exit. I had my headphones on and completely missed the call about the unfolding emergency.

Sia’s “Beautiful calm driving” was reaching its crescendo, the piano riffs and her arias had carried me away. Suddenly everyone had gone, the huge back door of the Skyvan left wide open. Two groups of eight had made their jump as planned and I was meant to be the last to go, as a solo Free-flyer. The music was always so powerful just before a jump, centring, calming, while preparing for the transition into a state of pure flow.

With only 40 to 60 seconds of freefall from 14k feet, a low altitude jump from 7k almost defeats the purpose. We seemed to be descending and my altimeter now showed 5,500 feet. Every skydiver laments a low exit and I wasn’t in the mood for another one. I stood up asked the pilot if I could land with the plane – to at least salvage the cost of the jump.

It was one of those moments when everything turns to slow motion. The look on his face will forever be etched in my memory as he pointed over my shoulder and said “Sure, you can land with the plane but just look at that”. The port engine was howling, with loud, ghastly vibrations shaking under foot. There was smoke billowing and a fountain of oil streaming over the cowling covering the motor which he’d feathered as fast as he could.

I turned and sprinted for the exit, down the whole length of the fuselage. It was the full prone superman style leap into the wide open sky. The rush of air hitting my body was a welcome relief. I knew I was safe. 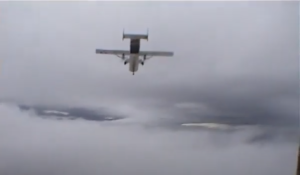 An oil line had broken and the engine was self-destructing. Now he was faced with wrestling a distinctly un-aerodymanic airframe with the engines spaced wide on the wing. The thrust asymmetry was his biggest problem and he was at real risk of rolling over.

At 3,000 feet my parachute inflated and I swung into my harness securely. Under canopy I looked down between my feet and saw the runway with the Skyvan on approach, almost on the tarmac. I’ll never forget the resolute calmness and speed with which he took the action to save the day. I’ve been told that most pilots would go through their whole career and never have to face an issue like this. I think it was 2008 or 2009. Lucky for all of us Biggsie’s a gun. 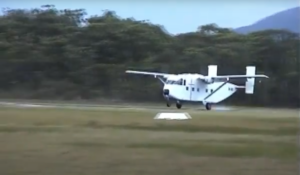 These days, in between firefighting in Australia and Greece, performing in aerobatics and VTOL competitions, Andrew Biggs runs Vintage Aviation at Cessnock, which provides Joyflights for wine tourists in the Hunter Valley. I recently had the pleasure of reconnecting with the man and we produced this video featuring his dad’s immaculately restored de Havilland Tiger Moth.

My cousin Alex Tilbury and his lovely belle Bianca Smith leapt at the chance to play the starring roles with pilot Lee Gosper on the controls. Biggsie was flying his Cessna 185 alongside almost sideways to get the air-to-air shots we wanted, with mountains and vineyards in frame. If you fancy a wine tour with a difference, drop him a line and tell him I sent you ; ) He’ll look after you. For more info visit https://vintageaviation.com.au 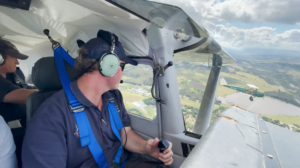 Here’s a look back to 2010 a year later with Biggsie flying the Skyvan for a troupe of wingsuiters- amazing to see how far the image quality has improved since the good old Sony PC5! 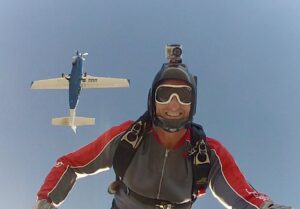