So what makes a great story? Conflict. 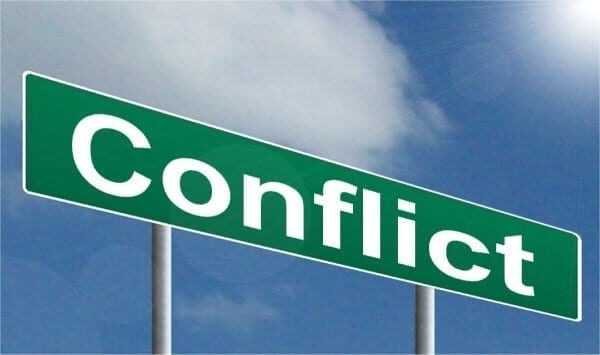 Most products and services are designed to solve a problem. People plus problem = conflict. Conflict is bad right? Well, not if you want to engage an audience! Conflict is the very lifeblood of storytelling and without it audiences are easily bored. Don’t we all love telling a story where the outcome is amazing,  unbelievable and against all odds? Take a look at the buildup of any good story and you’ll see conflict with antagonistic forces on multiple levels.

I just shot a short home video at my sister’s 40th birthday party. My father was telling a story about the dramatic circumstances of her birth in 1973. The extended family was riveted, despite having heard it so many times before. Why?

According to the acclaimed screenwriting expert Robert McKee, a great story that will move your audience on an intellectual and emotional level needs the following key ingredients;

• A central controlling idea which “rings true to life”.
• An active, willful protagonist motivated to pursue his/ her desires but who is thwarted by antagonistic forces on multiple levels – from inner conflict to interpersonal conflict, conflict with institutions/ groups on a societal level and conflict with mother nature.
• Alternating changes in the protagonist’s situation which reveal values and character, culminating in a fundamental, meaningful change.
• A structure which arcs the story though progressive stages from an inciting incident through progressive complications, crisis, climax and finally resolution.

My father’s story was full of antagonistic forces with torrential rain, a trapped baby-sitter, road-works, a maze, screeching tires and near misses. Things looked pretty dire towards the end with my mother in labour sheltering in a bus stop outside the hospital as my father desperately tried to get help. First by car and then on the run. After a desperate struggle against obstacle after obstacle, he got her into maternity with literally minutes to spare.

It’s no different in business communications.

If you want to create an engaging, persuasive case study or testimonial, it’s important to realise that your customers, as characters with specific motivations and goals, often face conflict as they move through the sales cycle using your products. If you can discover the key turning points and any fundamental transformation in their character/ views you can engage your audience on a much deeper level than if you just repeatedly shout Buy Buy Buy!

As McKee tells the Harvard Business Review in this article about CEO level communications, “If you can harness imagination and the principles of a well-told story, then you get people rising to their feet amid thunderous applause instead of yawning and ignoring you.”.

While prices typically range from $5-$20k for a business video, the sweet spot seems to be around the $12-15k mark. At this level you can create a really valuable, scaleable asset without breaking the bank. Why? Because that will give you enough production time to acquire the dialogue and rich visuals you need, as well as the time to edit the story with the right pace, tone and structure. For more on the power of advanced shooting and editing techniques, see the February/ March 2013 posts in Pemberton Press.