What can we learn about marketing and communications from Apple iPod designer, Tony Fadell? – By Andrew Forsyth 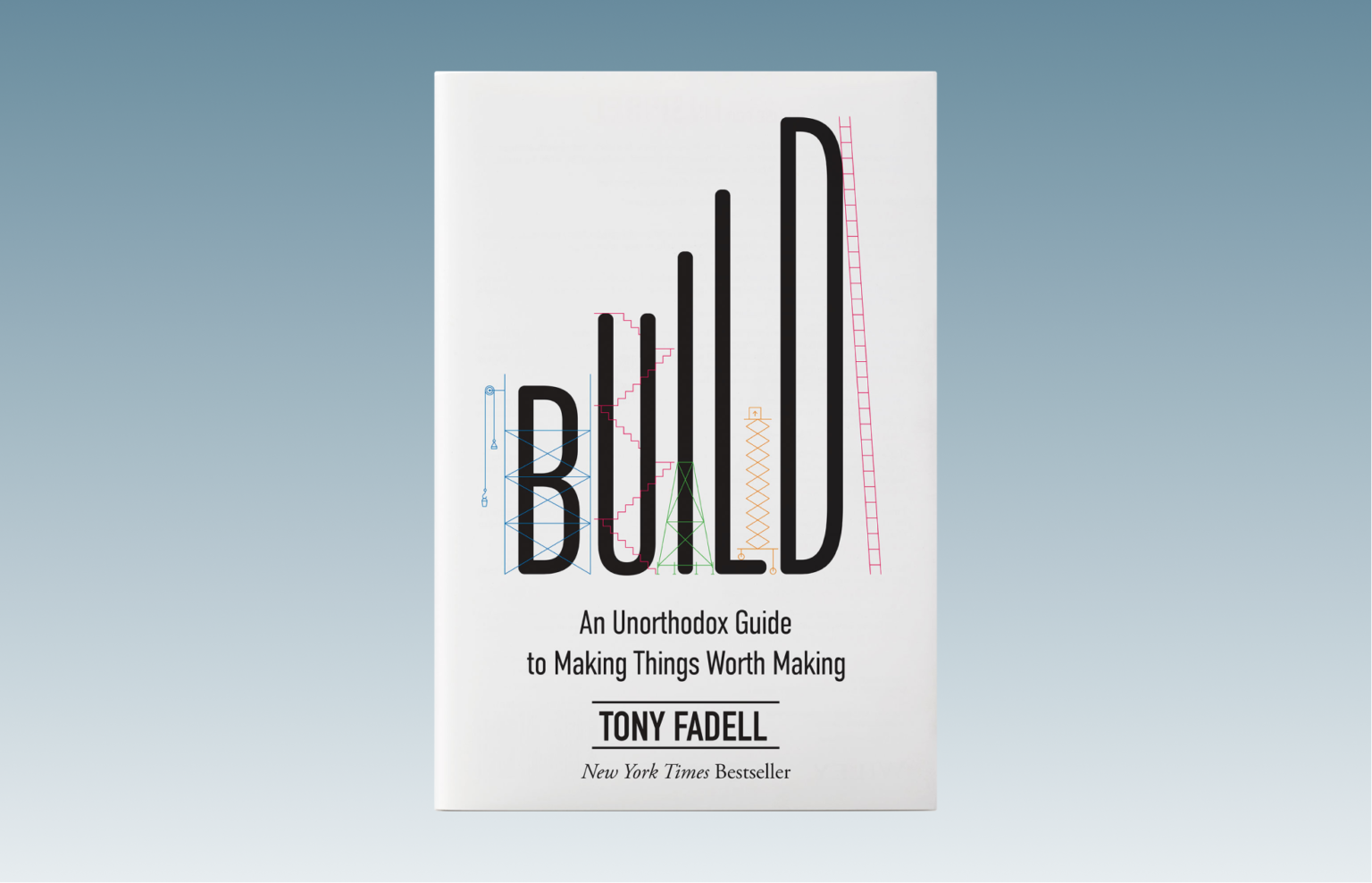 “I have a love-hate relationship with marketing” says AI researcher Lex Fridman in his recent podcast with Apple iPod designer, Tony Fadell. Surely a great product speaks for itself and the rest is fluff? In his new book, Build, Fadell answers back with delightful clarity and some good old practical wisdom.

The iPod was a turning point in the history of music and eventually the history of civilisation with its evolution into the iPhone and today’s modern mobile computing environment. In a way it’s all thanks to Led Zeppelin, Pink Floyd and other musical greats in a young DJ’s weighty collection of compact discs.

Together with Steve Jobs, Fadell was able to deliver on the promise of “a thousand songs in your pocket”, a phrase he calls the “Press Release”, written right at the beginning, based on an incredible idea, the process of innovation, marketing and bold leadership.

In this 20-minute excerpt, he offers his concept of marketing as offering a “pain killer” aimed at unrecognised needs. This pain, he says, has been “habituated away” – in other words, people just get used to it and push it to the back of their minds. By reminding them and offering a solution you can tap into their emotions and give them great joy.

He encourages product designers to carefully define “Why” the product exists and not just “What” (it is), and to write the script just like they do in the movies. By combining reason with emotion through storytelling, we can deliver the “Why” on steroids.

As a marketing specialist turned video producer I’ve been lucky to have a career working with engineers, CEOs, product managers, software developers and artists, inspired by their brilliance, their courage and successes.

Lately, I have become a podcast aficionado, spending hours a week listening to a wide variety of authors, teachers and How-to-Wingfoil videos. Some are good, some so-so. But then, all of a sudden, you know when you get that feeling you’re in complete sympatico with someone and a chill runs down your spine? Fadell’s love of music, product design, marketing, storytelling and teamwork gave me a proper electric shock.

Not because I’ve ever designed a product that changed the world but because I’ve teamed up with people who have. I’ve convinced them to write the press release, then bring it to reality. I’ve helped them craft the messages, deliver the value propositions, and build their brands using the power of video and storytelling. As far as I know, however, none of them were so inspired as Tony Fadell by Hollywood’s mentor Robert McKee with the insights in his seminal work “Story”. 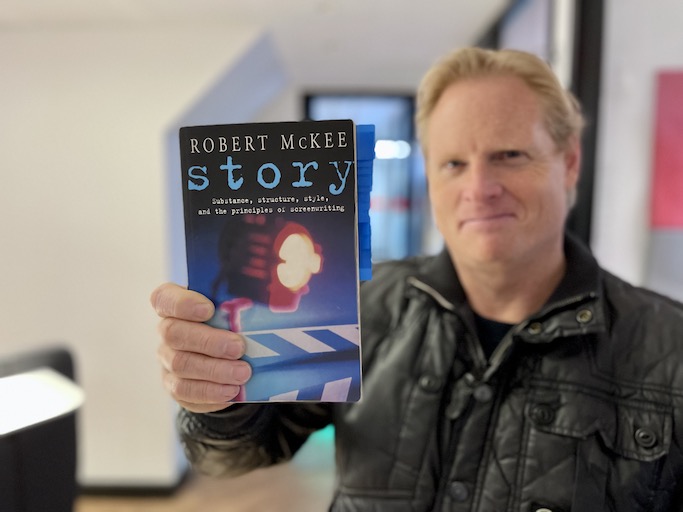 I’ve been blogging about McKee’s techniques and persuading marketers to think about storytelling, not just “product marketing”, for over a decade. I have incorporated these techniques for scripts in many video productions, initially with (mere) character development in Qlik’s video featuring Harris Farm (about analytics software in retail) and later all the way up to a complete digital and personal transformation story in Qlik-Waitemata DHB (Analytics software transforming paediatric healthcare in NZ).

So when Fadell mentioned he’d read McKee at 26 years of age and that storytelling was foundational to his concept of marketing I knew I wasn’t completely off on my own tangent!

Apple had taken an idea (a thousand songs in your pocket), written the story (the Why) and developed the product (the What) all in one go. Fadell says this is what gave the company the ability to authentically deliver on its promise to a well-defined customer segment. Bravo!

But this isn’t always the case with successful breakthrough innovations. Sometimes they just “evolve” in their own time as the terrain in disparate fields changes and some bright sparks join the dots. Take the new phenomenon of Wing-foiling for example.

Windsurfing swept the world in the early 80s and became bigger than surfing. The speeds were insane. The joy was indescribable. But the pain was endless waiting for the right combination of wind and waves, huge travel commitments and many, many demoralising disappointments when the wind didn’t come through. The solution was the kite, and lo and behold, kiteboarding took over. It worked in light winds, was easier than windsurfing but the line tangles drove me crazy. I went back to windsurfing for it’s speed, surfing feel and weightlessness once airborne. 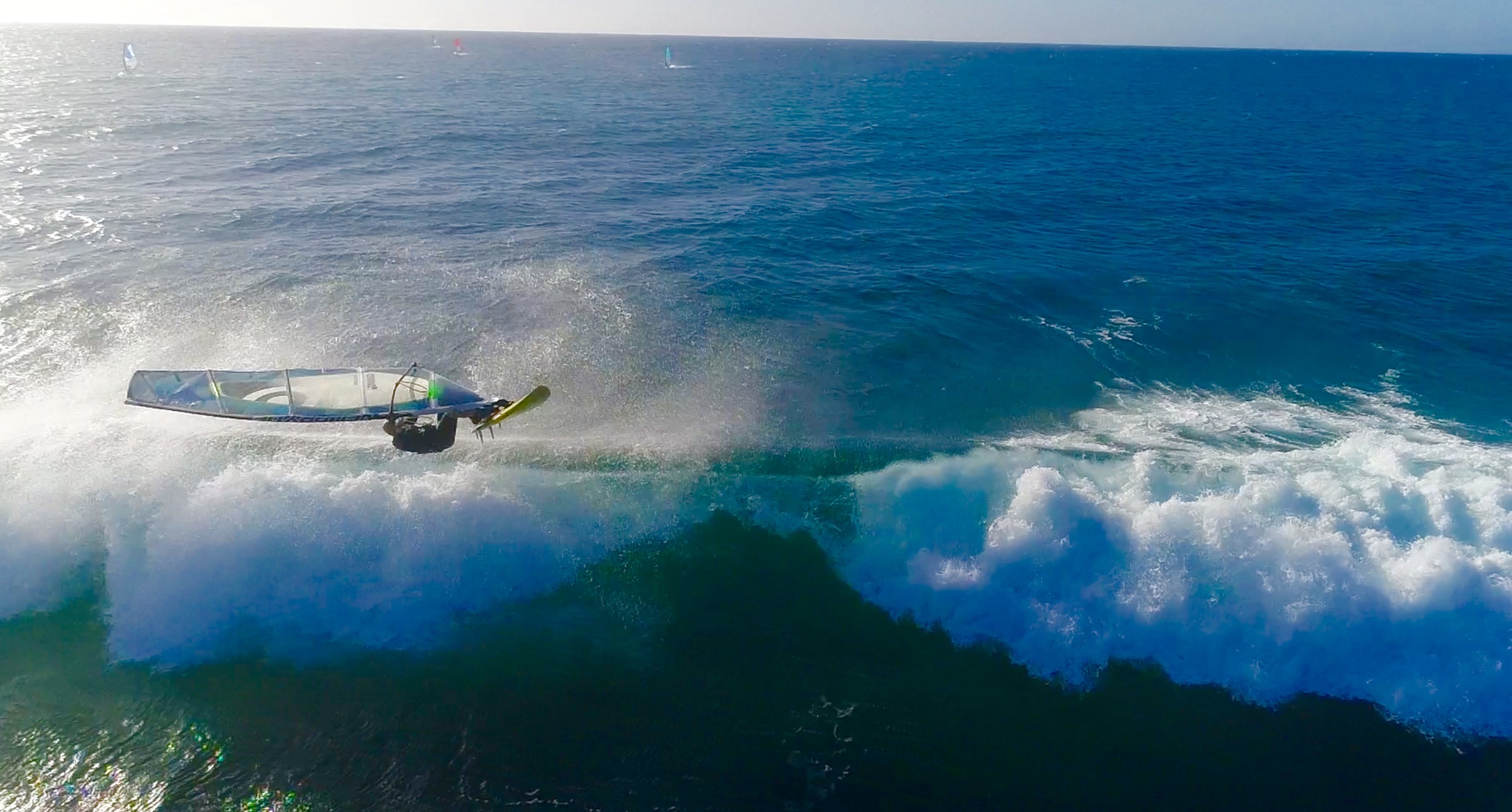 Meanwhile, the hydrofoil had been around for decades, but no one saw it coming on a surfboard for the masses. The original Stand Up Paddle crew of Dave Kalama, Laird Hamilton and a small group of elite Hawaiian watermen had the idea of towing into much bigger, faster moving waves. It was all about speed, but only for the few at the very top, in snowboarding boots!

The final puzzle-pieces were yet to come into focus.

On a warm Maui day in 2016, Kai Lenny did something that changed the world. Paddling a hydrofoil surfboard onto the smallest, slowest, but longest waves he could find, Lenny took flight into a new reality. He had opened the door with a larger foil wing which produced more lift at low speeds. Flying a snowboard-like hoverboard across an endless open ocean was now possible, thanks to windsurfing great and now foil designer, Alex Aguera. 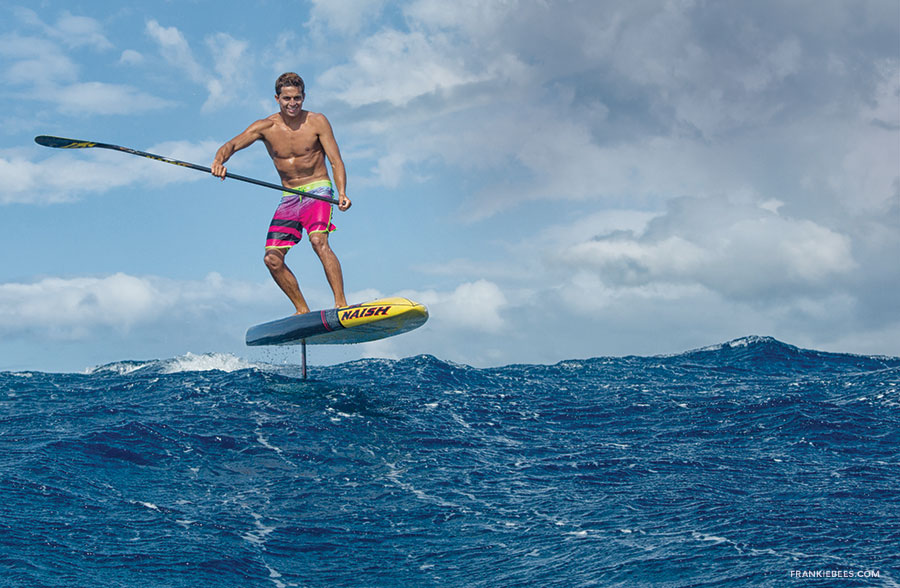 Wing foiling still didn’t exist. It would take yet another cross-discipline leap before it clicked: A new hand held sail using the inflatable struts from kites while ditching the lines. Such a sail could never have worked on a surfboard but now with frictionless flight on an underwater skateboard, it was just what was needed!

The definition of the Joy of Innovation: We are now zooming around 3-5 days a week in almost any conditions instead of twice a month on the windsurfer! And the foils are getting faster and faster!

Perhaps Fridman is right, great products do speak for themselves and the rest is fluff then? When the whole world wants your product maybe you don’t need marketing? I think it’s rare. Most products exist in a world of intense competition for attention and growth, and it takes careful strategic planning and execution to achieve market share and sustained profitability. The hype now is at fever-pitch in the foiling market, with a dizzying array of offerings, most talking product, product, Product marketing without storytelling. I predict it will shake down to 3 or 4 top brands with the best products and marketing over the next 3 years. May the best team win.

For a crisp definition of the process of innovation here’s a video we shot for Macquarie Business School:

Please watch from 7.43 as John Shi-Nash, former Director Incubation and Entrepreneurship, Maquarie University, explains the process of innovation, with the iPod as the example.

If I may also say, there was one big gap in Fadell’s explanation of marketing you might expect from a geeky product designer – his definition of marketing is too narrow relative to the theory and practice of the good old 4Ps of Marketing- Product, Place, Price and Promotion.

Traditionally, marketing strategy dovetails with overall business strategy in that you are delivering a value proposition (the Why) to a defined set of customers to solve a particular pain point with a “product” or service. Said “joy” is delivered at a particular price relative to competing value propositions and alternatives and then distributed through various channels, profitably.

It’s not just promotion and PR, as I learned in my early career as a product manager at Canon. The head of design in Tokyo needed to know what the customer thought and which distribution channels we should invest in. Hooray for customer centricity!

And even with the customer at the centre of the four Ps, timing is everything, as I saw with Steve Job’s NeXT Step OS and later as a marketing manager at Microsoft. Fridman may rightly want authenticity and bold communications, but he can’t simply ignore the ensuing risks and just “throw caution to the wind” unless you’re his buddy, Elon Musk, I suppose. I still remember the gruelling legal reviews for our marketing plans during Microsoft’s anti-trust lawsuit in the early 2000s and sometimes felt like I had one hand tied behind my back. Sometimes, though, it’s those very constraints which can lead to the greatest creativity.

I think we all understand the power of stories and many marketers I talk to are interested to harness the power for their products and services. But finding and crafting the story by identifying a character’s dreams & struggles, and key turning points in their journey is a skill in itself. I know it leads to richer, authentic, more effective communications which frees us from the prison of “It has to be of three minutes max!” (because all we have is a list of heartfelt reasons why we are the best and we must do as the social media platforms tell us). Why not have the whole story in a longer piece plus the short versions for a small incremental cost? Here are a few examples Storytelling: The long and the short of it

In conclusion, I say Fadell is overwhelmingly right to show that marketing innovative products is all about the messaging and the press release, right from the start. This is true whether the idea comes before the product, or if the product evolves in steps and stages as Wing-foiling has. Even in software development with its continuous, never-ending, interactive nature, you gotta write the script, define the Why, then deliver it with authenticity. This is the key to creating that magical mix of emotional power with logic & reason in marketing communications.

If this article has piqued your interest about how you can harness the power of storytelling for your business, I recommend a look at McKee’s second book “Storynomics“, which adapts his principles for business marketing & communications